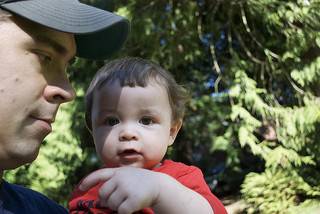 It’s hard to imagine being “over the hill” at age two, but that is the reality for some kids. Adoptive parents prefer babies for many reasons, not the least of which is fear that the child will not attach or bond to them as firmly as a baby. It’s true that as a general rule, children adopted as toddlers struggle more, at least initially, than children adopted as babies. It’s also true that usually children adopted from institutions struggle more than children adopted from high quality family style care. Naturally, parents adopting toddlers from institutions worry that their children face the double whammy of being both older and being institutionalized. While they may have reason to wish for an easier start in life for their child, recent research is encouraging on how quickly toddlers attach to their adoptive parents post adoption.

The International Adoption Project, out of the University of Minnesota, studied children adopted between the ages of 16 and 36 months from institutions or orphanages and compared them with same age children in Minnesota who were being raised by their families of birth. The children were studied at two different time settings—1 to 3 months post adoption and 7 to 9 months post adoption. The test included observing the children’s reaction to a brief (1–3 min) separation from their parents, meeting strangers, encountering strange objects, and playing with the parent.

Researchers were pleased to see that 38% of the toddlers had formed strong attachment with their adoptive parents as early as the initial assessment (1-3 months post adoption), and 90% having done so by the 2nd assessment (7–9 months post-adoption).  Considering that most of these young children had lived their whole lives in institutions before adoption, these were very encouraging results.

Children who had experienced more adverse events prior to adoption (low adult caregiver to child ratio, neglect, abuse, malnutrition, etc.) and those who were less healthy at adoption took a bit longer to attach to their adoptive parents than those who had less adversity and better health at adoption. But, again, nearly all of the children had formed an attachment by the time they came in for the second assessment.

How we parent our children affects how soon and how firmly they attach.  This is true regardless of the age at adoption. Check out this really great interview on developing attachment in adoptive families with the wonderful Deborah Gray, author of two of the seminal books on attachment parenting and bonding in adoption, Nurturing Adoptions: Creating Resilience after Neglect and Trauma, and Attaching in Adoption: Practical Tools for Today’s Parents.

If you adopted a child over the age of one, how soon would you say your child bonded or attached to you? What did you do to help this attachment?