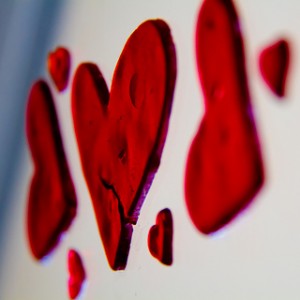 One of the best things about my job is the ability to get my questions answered, and after all the hoopla last week over “re-homing” kids from failed adoptions, I had plenty of questions. How often do adoptions fail or dissolve? How common is it for desperate adoptive parents to offer up their kids to the first person they found trolling the Internet? What type of adoptions are more likely to fail? And most important, what can we do to prevent adoption dissolution? We invited a great panel of experts* and talked about all this and more on yesterday’s Creating a Family show.

It’s only fair to note that these statistics do not include children who have been “dumped” with other families without working through the proper legal channels or children kicked out by parents who couldn’t or wouldn’t continue to parent. These numbers simply aren’t available, just as I assume they aren’t available for biological families who become overwhelmed with parenting troubled kids.

No one goes into an adoption thinking they aren’t in it for the long haul. Every single pre-adoptive parent I’ve spoken with, and I’ve spoken with many, is planning on being there to show him how to shave, watch her graduate, and bounce their grandchild on their knee. They are committed. They might not, however, be prepared. We must do more to prepare families, especially those adopting older children who’ve been abused and neglected–which means all older kids.

Just as important, but less talked about, is the HUGE need for post adoption education and support. I’d go so far as to say it is even more important and less provided than pre-adoption education. In education we talk a lot about “teachable moments”–people learn best at these teachable moments. Well let me tell you something, living with a child who is acting out and driving you crazy is one gigantic teachable moment. The problem is their are few people reaching out to parents to help when they really need it.

There are many reasons for the lack of post adoption education and support. No government or private entity requires that adoptive parents receive this support. Adoptive parents often don’t live near the placing adoption agency, so aren’t in contact with them post adoption. Some parents are tired of other people messing with their lives and don’t want to continue with required education courses. Steve Hayes, an adoption attorney who has taught adoption dissolution to other attorneys, pointed out on the show yesterday that another reasons is that adoption agencies have no financial interest in providing this education since no one is paying for it. This last reason drives me nuts. Anyone who cares about kids should have an interest is seeing adoption succeed and to succeed adoptive parents need help after they adopt.

One Small Thing You Can Do 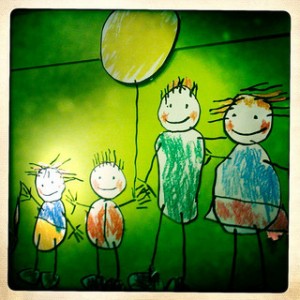 I wish I had a simple answer to what we can all do. I don’t. There are big things that can be done involving legislation, but there is also one small thing you can do. Creating a Family was founded with the mission to provide pre and post adoption education and support because we recognized the need and saw the gap in services. Our resources are free. We could use your help. Please spread the word about the Creating a Family resources. Sign up for our weekly newsletter and forward to a friend or your agency. Share a blog that tickles your fancy on your social network of choice. These small steps can make a difference in a family finding help before they reach the end of their rope and dissolve their adoption.

*Our expert panel included: Dr. Trudy Festinger, professor at the Silver School of Social Work at New York University, and leading national researcher on adoption, including adoption dissolutions disruptions; Stephen Hayes, adoption attorney who has handled over 3,500 adoption cases, including many adoption dissolutions, and a fellow and past Vice President of the American Academy of Adoption Attorneys; and Regina Kupecky, therapist specializing in adoption and attachment, and co-author of Adopting The Hurt Child and Parenting the Hurt Child.