Korean Born Adoptee to Play for the New York Yankees 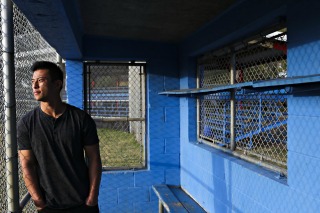 Great article in the New York Times about Korean born adoptee, Rob Refsnyder, who was recently called up from the minor leagues to play for the New York Yankees. The article goes in to Refsnyder’s feeling about adoption and about some of the issues he has faced as a transracial adoptee. He is ready for the role of spokesperson for adoption.

“It’s not something I am yearning to do,” he said of being a spokesman for adoptees. “But I am happy to do it. I want people to know that it’s O.K. to be different, and I’m going to be as accessible as I can be about it. I have never shied away from it, and if kids want to ask me about it, I’ll talk about it. I might make a joke, but I’ll never hide from being adopted. I’m proud of my family. I play for the name Refsnyder.”