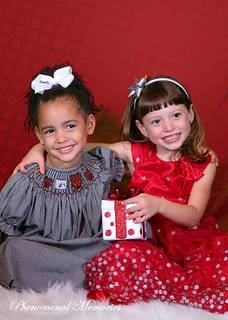 Something Kevin Hofmann said during our book club discussion of his book Growing up Black in White really stuck with me as the mom of children by both birth and transracial adoption. By way of quick background: Kevin was the youngest of four close in age children and the only adopted child and child of color in his family. His parents moved the family to a predominantly black area of Detroit, and all the kids attended predominantly black schools. While this was one of the best decisions his parents made for him because he was raised with black role models, he acknowledged that it was not so great for his brothers, and they really resented this part of their upbringing. Of course I felt for his brothers, but my heart really ached for his parents. Parenting is hard, and parenting a blended family can be even harder, and parenting a blended transracial family can be harder still.

It was hard being one of only a few white kids in their neighborhood and school, and the brothers held it against both his parents and Kevin. They felt like all the sacrifices were made to integrate Kevin into the family and their society, while their needs were overlooked. This anger has continued into adulthood and has interfered with at least one brother’s relationship with his parents and with Kevin. Oh my.

Transracial adoptive parents are told that it is important to send our kids to schools with children of color, to churches with families of color, and to live in areas where there are people of color.  We want our kids to be proud of their race, and we want them to have role models for how to be black and brown adults in a race conscious world. But life can get tricky when our families have a few white kids mixed in.

I certainly know that when we decided to mix children by birth and adoption, I worried about creating invisible children—children who would feel less a member of our family, less important, less in general. Never did I worry, however, that the invisible child might be one of my biological kids. I wonder if Mr. and Mrs. Hofmann felt the same.

A year or so ago, I interviewed Jeffrey Kluger, author of The Sibling Effect: What the Bonds Among Brothers and Sisters. He asserts that all parents have a favorite child, and that each child in the family know who is the favorite. I strongly disagreed with this, but he countered that all parents disagree even though it’s true. (You can read my thought on this at my blog post, Which is Your Favorite Child? ) I decided, with a fair amount of trepidation, to test this theory on my kids.

Me: I read this book that claims that all parents have a favorite child, and that every child in the family is aware of it.  So, I was wondering if you thought I had a favorite.

Son #1 (who is our second child): Sure, I’m your favorite; and yeah, I think the others know it.

Son #2 (who is our third child) was sitting in the other room, and overhearing the conversation, came to join us:  I don’t know what family you’re living in, but I’m clearly the favorite in this one.

Right about then, their younger sister (our fourth and youngest child) walked through the room.

Son #1 and #2 almost in unison: Oh man, it is SO her.  She is absolutely your favorite.

Youngest Daughter, after a brief explanation of the topic, shrugged and grinned knowingly (with just a hint of sheepishness thrown in for good measure) at both brothers, then pirouetted out of the room.

Sons #1 and #2 are mine by birth, Youngest Daughter is mine by adoption. Sons #1 and #2 are white, Youngest Daughter is not. When asked, my sons cited the usual privileges of being the youngest as proof of favoritism (allowed to watch PG 13 movies sooner, received a cell phone at a younger age, etc.). I thought back to this conversation after talking with Kevin about his siblings’ feelings. I don’t agree that my youngest is my favorite, nor do I really think my sons think so, but it did give me pause.

We parents of blended families have our work cut out for us. We have to make sure that our adopted kids get what they need, while at the same time making sure the needs of our children by birth are not overlooked. Do we go to the predominantly black church so that our African American kids have good strong role models, or do we go to the predominantly white church that our bio kid’s best friend attends? (And as an aside: why are churches so darn homogeneous?!?) Do we send our children to different schools or look for a school with a good mix of races? What racial mix do we seek in our neighborhood balanced against what we can afford and proximity to work?

On some level, however, isn’t this the lot of all parents with more than one child? Where do you go on vacation when one child hates the beach, while the rest of the family craves the sun and sand? One child has special needs which drains the parental time and monetary bank account. One child needs a calm structured environment, while another thrives on stimulation. How do we parent them all to their individual needs?

My goal is to meet each of my kids’ needs fully and … OK, I’ll admit it … perfectly. Alas, perfection, dadgummit, has eluded me. I think I’ll reset my goal to simply make sure each of my kids feels visible.

If you are parenting a blended family of children by birth and adoption, how do you meet the needs of each of your kids?