Using the Adoption Tax Credit with the Kids Stuck in Congo 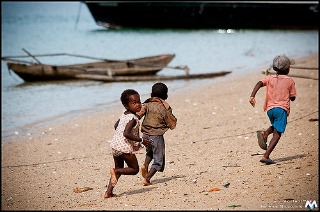 Q: We adopted our daughter from the Congo this year. The adoption is finalized in Congo, but she has not been allowed to leave the country. Can we claim the Adoption Tax Credit and if so when?

A: According to the IRS, this is a tricky question and one without a clear-cut answer.  Rev. Proc. 2005-31, 2005-1 C.B. 1374 establishes safe harbors for the finality of a foreign adoption for purposes of the adoption tax credit when the other country is not a member of the Hague Convention on Intercountry Adoptions. However, it only extends safe harbor treatment only where there is (1) a final decree of adoption issued by the foreign country’s competent authority, and (2) when the child has received an IR-2, IR-3 or IR-4 visa (other than an IR-4 visa in a guardianship/custodial situation).  Additionally, safe harbor extends only to a limited time period: Year 1 (the year the decree is issued), Year 2, or Year 3.  Additionally, there must also be a re-adoption within Year 2 or 3. (If the adoption and re-adoption both occur with the same year, that year is the year of finality.)  Thus, to be qualify for the Adoption Tax Credit, you have to meet both conditions, and the IRS would be within its rights to deny guaranteed safe harbor treatment in any circumstance in which one or more of the above tests are not satisfied.

As a practical matter, however, the IRS has been quite liberal with taxpayers and has consistently extended the benefit of the safe harbor even when the fit isn’t perfect. According a lawyer with the IRS, the ONLY ESSENTIAL predicate for allowing the adoption credit is that the relevant competent authority has created a legally binding and valid parent-child relationship through the entry of a degree or judgment or order (or whatever). The bells and whistles and frills are all very nice, but it is the creation of the familial relationship – with the concomitant benefits and responsibilities – that is essential. The visa is important, of course – indeed, extremely important – when it comes to bringing the child to the US, but the visa is NOT what creates the parent-child relationship. That job is handled by the decree.  Therefore, the IRS will give precedence to the adoption decree over the child’s immigration status.

Additionally, the IRS has chosen to piggyback on the State Department’s visa system for classic administrability rather than legal reasons. The State Department isn’t going to let the child out of the country until it has reviewed state law, US immigration law and the other country’s applicable laws, and until it has made reasonable inquiry into the bona fides of the proceeding (as in, not wanting to condone fraudulent adoption practices). Essentially, rather than waste limited resources and still-more-limited knowledge of foreign-law adoption rules, the IRS has decided the easiest and most administrable answer was to say, “Hey, if the State Department’s happy, that’s enough for us.”

Therefore, the IRS has been comfortable with allowing the credit based on the year of the adoption decree, even if the foreign-sending country puts up barriers to the child leaving. It isn’t possible to say with certainty, but with the Congo adoption decree and a IR-2, IR-3 or IR-4 visa, parents should be able to claim the Adoption Tax Credit this year.

For more information about how to best use the 2016 Adoption Tax Credit, check out these other Creating a Family resources: