Someone posted an adorable picture of her daughter on the Creating a Family Facebook Support Group with the comment: “Hubby is finishing up our taxes… isn’t this the cutest little tax credit you’ve ever seen?” Was this a statement that will undermine the security of her daughter? 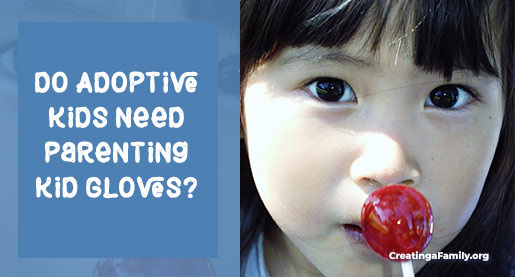 On seeing the picture and comment, most of us on the group laughed and said she was indeed cute, but then an adult adoptee commented that she found the sentiment offensive. Several commenters pointed out that tax credits are available for all kids, adopted or not. The original poster (a mom to both birth and adopted kids) noted that they were taking the tax credit for six kids, but at the moment she posted only this one was acting adorably, so she was chosen for the picture.  (She is also the youngest and quite frankly is cute as a bug.)

Many commenters, including me, said that their parents had jokingly referred to them as a little tax credit. My dad said it in a loving way, and I took it in the spirit it was said – as a loving if a somewhat stupid joke. The adult adoptee did not agree. To her, and she believes to other adoptees, this statement is offensive and will undermine the adopted person’s sense of security.

I’ve thought a lot about this exchange since then. Are adoptees as a whole so different in their relation to their parents (adoptive) that a statement like this would feel inappropriate or hurtful?

Being called “a little tax credit” is a very common joke made by parents. As I said, my dad said it. It never occurred to me to find it offensive – lame, yes; but not offensive. The only scenario I could imagine where someone would be offended is if they believed there was a kernel of truth behind the statement. In fact, that was the exact situation with this adult adoptee.

Later in the thread, the adoptee commented that she felt like an object in her family. I then understood where she was coming from. Of course a statement like this, which does in fact treat a child like an object, albeit in a joking manner, triggered her feelings of hurt. No child should ever feel like they are an object. But, if I understood her perspective, she thinks that being called a tax credit is an insult to most or all adoptees, not just to those who had been treated as objects within their families.

What’s the lesson here for adoptive parents? Truthfully, I’m not sure. Do we parent with kid gloves? Do we assume our children are vulnerable and in need of extra careful words? Some parents aren’t the teasing silly kind. I am. I find parenting a lot more fun when I laugh and when my kids laugh. Should I be worried that my adopted kid will be harmed by this?

My gut tells me no. I have to believe that my kids, both by birth and adoption, will read behind the laughter in our family and feel the love, just as I did with my dad. If I single out my adopted kid for protective treatment aren’t I telling them that they are somehow more fragile and their place in our family more tenuous?

I want to be open to learning, especially learning from adults who have been adopted. I don’t want to automatically assume that my preconceived ideas are always correct. I have no doubt that this woman would have been hurt if she had been referred to as a tax credit, but I don’t think we can extrapolate her sensitivities to all adoptees.

I should add that I firmly believe that parents have to “read their kids.” Some kids by temperament or early life experiences are more sensitive than others to teasing of any kind. (Our eldest child has the most sensitive temperament in our house, and we kid around with her less.) I also believe that there is loving inclusive teasing and hurtful exclusive teasing.  No parent should ever, for any reason, engage in the hurtful kind. If you’re not sure you can tell the difference, then don’t tease.

As I was reading this thread and thinking about it afterward, I remembered a panel of adult adoptees that I heard many years ago. The panel was all women, all international adoptees, all adopted in the 1960 and early 1970s. None of them were involved in the adoption profession or had spoken to adoptive parents before. One woman explained that her adoptive family was a combination of children by birth and adoption, and off-handedly remarked that her father always said he had two homegrown and two imported. The audience, almost to a one, gave an audible gasp.

Our response was enough to make the woman stop and ask why we reacted the way we did. Several audience members tried to explain why it was an inappropriate comment. At one point she wryly asked, “Don’t you think I’d know if I had been insulted?” She concluded by saying she was glad she hadn’t been raised in such a hyper-conscious time where every word had hidden meaning because it would have made her paranoid.

I learned a valuable lesson that day about generalizations and presumptions.

P.S. The comments are as good as the blog on this one, so make sure to read them as well.