I saw the article on the front page of the New York Times and sighed.  The title, Meet the Twiblings, promised, in my mind, another one of those articles focusing on the new fangledness of third party reproduction: “Gosh darn, look what they’ve done now. ” I was sure it would start tongues wagging of designer babies.  Well, I was wrong.  This one is worth the read. A real story of a real mom through egg donation and surrogacy. 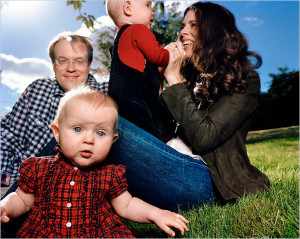 Melanie Thernstrom and her husband Michael turned to egg donation and surrogacy after five failed IVF attempts.  They wanted twins, but didn’t want the risks associated with twins, so they transferred embryos created from donor eggs and Michael’s sperm into two different gestational carriers at the same time and had two children born five days apart.

What I loved about this article is Thernstrom’s head on addressing of the “issues” associated with egg donation and surrogacy.  And let’s face it, third part reproduction has its share of issues.  Why not adopt a child who already exists?  Is it exploitation to pay a young women for her eggs or a woman to carry your child? Turning “the most intimate thing a couple could do — coupling — into a ménage à trois, let alone à quatre or cinq.” The almost obscene amount of money the whole process cost.  Thernstrom doesn’t shy away from them.  You may not agree with her on all  points, but I respect that she didn’t gloss over them.

The only point I thought she either avoided or didn’t recognize was the decision to consciously have two children born a few days apart.  She mentions her fascination with twins, the efficiency of raising twins and the advantages of having a same age sibling, without acknowledging the possible down sides of sharing your infancy or having to explain your conception throughout your life when people find out your sibling is five days older or younger than you.  The advantages might well outweigh the disadvantages for this family, but I wish she had at least addressed them.  She does get bonus points in my mind for her very forthright discussion of the health risks to the babies associated with having twins gestated in the same uterus.

For me, Thernstrom shone when she wrote about other people’s response to their pregnancy.  She chose to be completely open about both egg donation and surrogacy and people often had no idea of how to respond or what words to use.  “in being open about our story, I sometimes felt I was inviting a Greek chorus of doleful commentary. There was a curious insistence that the situation must be darker and more difficult than it actually was and that I must simply be in denial or trying to put a brave face on it all.”   Thernstrom owned her motherhood through and through and was able to withstand the barbs better than most.  I wish we could take her attitude and inoculate all moms through egg donation and or surrogacy.