“If You Want to Be a Parent, Don’t Adopt from Foster Care”!?!

A few weeks ago the Question of the Day on the Creating a Family Facebook page was “What’s the best advice you got before adopting?” We received lots of comments including this one:

If you want to be a parent, don’t try to adopt from foster care. Foster care is about reunification, and if that’s not what you want, you need to flat out adopt, either privately or internationally.

Say What!?!? I have to admit that I wasn’t expecting that one, but it did get me thinking.

We’ve Got to be Honest

I politely disagreed with this comment, but have thought a lot about it ever since. Perhaps because it has been on my mind, I seem to be finding these discussions everywhere.

Last week, I was talking with a social worker and adoption agency owner who I respect. She has a true heart for educating all members of the adoption triad, and her agency goes above and beyond to provide full counseling on all options to expectant moms. In our conversation, she said one of her major pet peeves was when prospective adoptive parents coming from infertility are encouraged to adopt from foster care.

Her point was that the goal of foster care was family reunification and most people are not able to adopt the first child that is placed with them. Former infertility patients have already experienced so much loss that they are particularly vulnerable to being devastated by losing yet another dream. She has seen many just give up on the idea of adoption completely in order to protect themselves. “We’ve got to be honest with them about the realities of adopting from foster care.”

Later that week someone posted the following on the Creating a Family Facebook Support Group:

We have waited 3.5 years to adopt a black or multiracial child age 0-4 from foster care. We are not willing to accept high legal risk due to past heart aches of caring for children we thought we would be able to adopt, and then having them go back into the system and never seeing them again. The foster care system is broken. Day after day I lose hope…

I finally accepted that the universe was conspiring to get me to write about this. No better time than now since May is National Foster Care Month.

Reality #1: Each state is different.

When you hear one story about foster care adoption you’ve heard one story about foster care adoptions.  (Read the comments to this blog to hear more.) Each state, and in some states each county within the state, is different in their attitude towards adoption, how hard and long to push for family reunification, and how deep they dig for extended family members available for adoption or guardianship.

If you are interested in adopting from foster care you need to know what is true in your state or county. I find that many national discussions about foster care adoption overlook this very real fact.

Reality #2: The Goal is to Heal Families.

The goal of foster care is to heal birth families so they can parent their children. This is as it should be because we know that if parents can be helped to become functioning (not perfect) parents, that is the best for the children.

Keeping families together is also in the best interest of each and every one of us. Think about it – do you want to live in a country where parental rights are easily severed? We all have a vested interest in making it hard for the state to take children from parents. 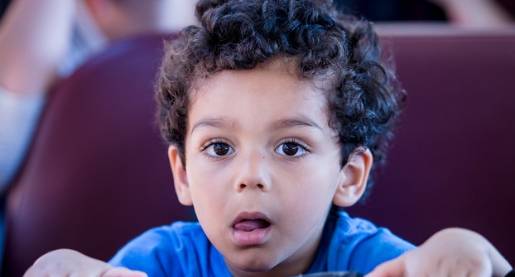 Let me give you an example. A friend of mine called one cold winter day sobbing. She had been walking with her 1-year-old son in a stroller. A woman stopped her and pulled out her phone to call social services because her son was not wearing a hat or gloves. My friend had a hat and mittens for her boy, but he refused to wear them. In fact, he had turned pulling them off and throwing them on the ground into a game. She finally gave up and stuffed them in her purse. She was now terrified that DSS could rip her kid away from her.

You might disagree with my friend for continuing on a walk with a child who wouldn’t wear a hat and mittens on that bitterly cold day, but I think you would all agree that no one should take her child away for that reason.

I am not in any way dismissing the horror of abuse or neglect on children, nor implying that children should be returned to abusive or neglectful families. I do, however, want the bar for permanent removal to be high and for us to give biological families a chance. While I would agree that far too often “the system” gives too many chances, attempts at reunification should not be just a formality.

Reality #3: The system is complex.

At the risk of oversimplifying a very complex system, usually, when children are first removed from their parents they come into the foster care program. Their parents are given a compliance plan “to get their act together.” (Go to rehab, attend 12-Step meetings, find a place to live, take parenting classes, show up at regularly scheduled visitations with the child, etc.) The child will live with extended family or foster parents while social workers work with the parents. 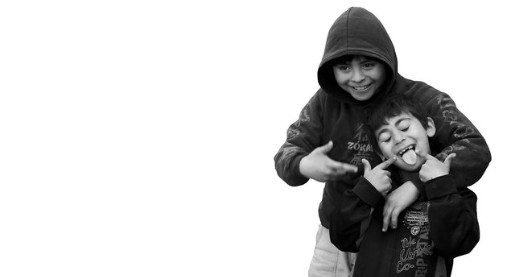 In theory, there is a set period of time for parents to comply with the plan. Again, different states have different attitudes about leniency, but if the parents are not able or willing to comply with the plan within that period of time, the state will seek to terminate parental rights. A sad fact is that it is not unusual for children to go back to their family or extended family only to be removed again in the future when their parents relapse. Depending on the social worker and the state, the time period for terminating parental rights may begin again.

Reality #4: Only about half of the children who enter foster care are reunified with their birth family.

Family reunification is not always possible. According to the latest data regarding kids exiting the system:

These percentages have remained remarkably constant in the last ten years.

Once parental rights are terminated, social workers look for an adoptive family. They first look in the extended family. If the extended family is not available to adopt, the foster family is usually given the first option to adopt. If the foster family does not want to adopt, then other adoptive families who are not foster parents will be sought.

In my experience, infants and young children are more likely to be adopted by an extended family or the foster family; thus, seldom available for families wanting only to adopt from foster care without being foster parents. In other words, families not willing to foster first, and accept the risk of loving and losing a child, have a harder time adopting a baby or young child from foster care.

Reality #5: There are 122,216 perfectly wonderful kids currently waiting in foster care for adoption.

Children of all ages are available, with an average age of 8.4 years. Keep in mind the youngest kids are often a part of sibling groups.

The gender of children waiting to be adopted from US foster care is about evenly split between boys and girls (52% & 48%). Most children have experienced neglect and some will have experienced abuse, and as a result, will have some degree of special need. The race and ethnicity of waiting US children are below: 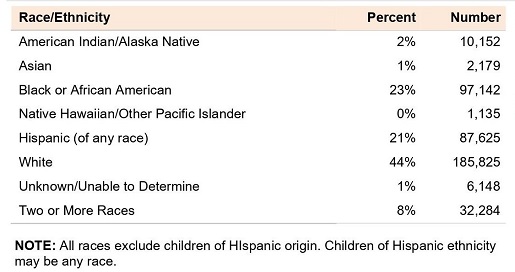 Foster care is risky. No doubt about it. Foster parents who really want to adopt run the risk that the child they fall in love with will not be their child forever.  Most foster-to-adopt families I talk with do not end up adopting the first child placed with them. Foster-to-adopt parents must be prepared for this possibility, and we do no service to pre-adoptive families or to foster care adoptions by downplaying this possibility.

But the one who runs the greatest risk in foster care is the child. She is at risk that someone will not step forward willing to take the chance of loving her, even if only for this short, traumatic, and confusing time in her life.