The Child Catchers: Criticism of the Orphan Care Movement 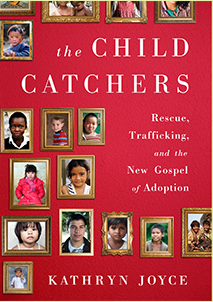 Interview with Kathryn Joyce, author of The Child Catchers: Rescue, Trafficking, and the New Gospel of Adoption– a new book that is highly critical of the evangelical orphan care and adoption movement. Joyce criticized the religious involvement into international adoption, and those who seek to adopt a US baby.