Some Women With PCOS May Have Adrenal Disorder 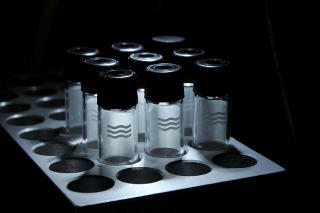 A recently released, early study seems to suggest that a subgroup of women diagnosed with PCOS (polycystic ovary syndrome) may also have an adrenal disorder in which their body is producing excess adrenal hormones. The study was published online in the Journal of Clinical Endocrinology and Metabolism. The study’s first author is Evgenia Gourgari, M.D., of Georgetown University, Washington, D.C., who was a research fellow at NICHD when the study was conducted.

Researchers had noted in earlier studies that in some women with PCOS, androgens were being produced not by the ovaries but by the adrenal glands. The scientists decided that these observations merited further study. 38 women with PCOS volunteered for the study, along with a control group of 20 healthy women. The PCOS patients’ adrenal functioning were tested with a diagnostic procedure known as Liddle’s test, used to diagnose disorders of the adrenal glands. The test is a two-part process in which the women take the drug dexamethasone, which mimics the adrenal hormone cortisol, first in a low dose and then in a high dose. At the end of the test, people with disorders of the adrenal glands often will produce high levels of adrenal hormones.