VEGAS BABY is Coming to PBS and Netflix! 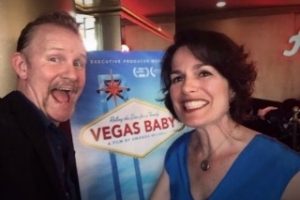 The Tribeca Film Festival hit, VEGAS BABY, will premiere on national television this Tuesday, June 27th at 8pm on the PBS series “America ReFramed.” It will also be released worldwide on Netflix on July 4th and will be available on iTunes and Amazon after the PBS debut.

Directed by Oscar® nominated filmmaker Amanda Micheli and executive produced by Oscar® nominated Morgan Spurlock, VEGAS BABY pulls back the curtain on the world of reproductive medicine through a provocative, “truth is stranger than fiction” premise. The film follows aspiring parents from all walks of life who place themselves in the hands of a Las Vegas doctor and his annual contest, which offers the prize of a free round of IVF – with no guarantee of success. Contestants post video entries online telling their stories, counting on the votes of strangers to help them realize their dream of becoming parents.

The movie is ground-breaking in its mission to bring to light the struggles of infertility. According to the Centers for Disease Control and Prevention (CDC), 1 in 8 couples in the United States struggle to conceive or to carry a pregnancy to term. Infertility is often suffered in relative silence by the couples who struggle but “VEGAS BABY breaks the silence around this often misunderstood medical and social issue, and through her intimate lens, Micheli explores universal themes of desire and loss.”

Set your dvr’s or a reminder on your phone. Check out the VEGAS BABY website for more ways to view the movie.