New Analysis of Sperm Will Test for Male Infertility 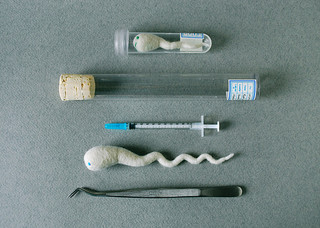 A new study has found a link between men whose sperm lacks certain RNA elements and the chances of conceiving a child naturally. “The absence of one or more of these RNA elements was indicative of those who would be successful by ART, which is a more invasive technique, versus those who would be successful by timed intercourse or intrauterine insemination, which is less invasive,” said study lead author Stephen Krawetz.

The group has created a genetic test for sperm to determine whether it carries the complete set of sperm RNA. It is the first genetic test for male infertility. Krawetz hopes that this genetic analysis of sperm will eventually become an early test in fertility treatment.