Which Lubricant is Safest to Use When Trying to Get Pregnant 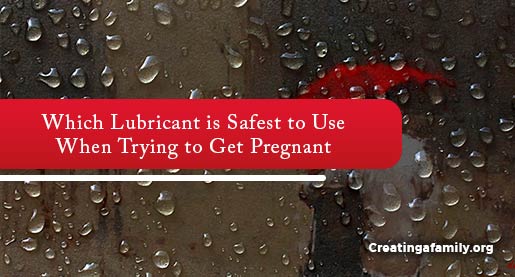 Trying to conceive is only fun for the first several months. After a while, most couples have to work to maintain the fun. And sometimes you need a little help with the fun. Couples who are struggling to conceive are almost twice as likely to experience vaginal dryness and many turn to vaginal lubricants to enhance the pleasure of both partners. But are lubes safe when trying to conceive?

Most lubricants kill sperm or affect sperm mobility and general vitality. In fact, some over-the-counter commonly used personal lubes are as toxic to sperm as contraceptive jellies! Even water-based lubricants can cause sperm to swell and die, which is exactly what you don’t need when you are trying to get pregnant.

Which Lubricants are Safe to Use When Trying to Get Pregnant?

Researchers in both studies found that Pre-seed®  lubricant had the least negative effect on sperm function, and one study found that Conceive Plus® was a close second.

On a Creating a Family Radio Show/Podcast, Dr. Andy Toledo, a Reproductive Endocrinologist, told us that egg whites are also a safe lubricant to use because they will not hurt sperm—although they are a bit messy to use.

So what about going natural and using good old-fashioned saliva? According to Dr. Andy Toledo, when you are trying to get pregnant it’s best to avoid lubricating with saliva because it is acidic and full of enzymes which might damage sperm.