Why I’m Not A Mom: My Message To Women Who Struggle With Infertility 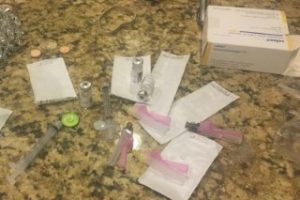 Nineveh Madsen, founder of HER Magazine, recently published this painfully honest letter after experiencing two failed IVF cycles. The news of the most recent failure came to her on Christmas Day 2016.

In her efforts to continue to be completely “authentic” with readers, she shared these thoughts in her Letter from the Founder for the January 2017 issue of the magazine, about what she calls “one of the toughest years of my life…”

“Everything I’ve plastered on my vision board is coming to fruition. Everything but becoming a mother. While there’s still so much more I want to accomplish professionally – nothing tugs at my heart more than the desire to have a family. Like many women, I waited to start a family.”

After describing the heartache of not getting the “Christmas Miracle” for which she and her husband had hoped, she said, “More than $30,000 later …here I am, left wondering – will I ever become a mother? There’s nothing like spending tens of thousands of dollars to change your mindset about money. Poof. Gone. And still no baby….”

And admits, “[t]he challenges we’ve faced would break anyone. It will test your self-worth, your faith and your marriage in more ways than one. And here we are, still standing.”