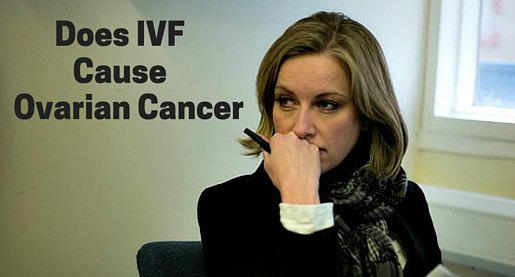 In vitro fertilization (IVF) treatment for infertility is a miracle that has allowed millions of people to become parents. In fact, well over 5 million little miracles are running around today thanks to IVF. But many people who have used IVF successfully, or not, worry about the long-term health impact of this treatment.

Most women produce one mature egg each month. Assisted reproductive technologies, such as IVF and stimulated Intra-Uterine Insemination (IUI), stimulate the ovaries with medication to produce and ripen (bring to maturation) more eggs, sometimes many eggs. Does this tinkering with the ovaries increase a woman’s risk for ovarian cancer?

While we don’t know for sure, a new study* presented at the recent American Society of Reproductive Medicine Annual Meeting is beginning to provide some answers.

In Britain, all assisted reproductive technology (ART) cycles must be reported to the Human Fertilization and Embryology Authority. The records of all women in Britain who had IVF between 1991 and 2010 were linked to the National Health Service Registry records for ovarian cancer cases.

In the 255,786 women who underwent ART in this time period, 386 developed ovarian cancer. Compared to the general population, women who went through at least one assisted reproductive technology cycle were one and a third times more likely to develop ovarian cancer.

The real question, however, is whether this increased risk is associated with the treatment or the disease of infertility. This study found evidence to support both.

Evidence That Does Not Link IVF to Ovarian Cancer

The number of IVF cycles a woman had made no difference to her ovarian cancer risk, indicating that increase exposure to the treatment did not increase risk. Interestingly, whether or not she had had children and how many children she had did influence her risk. Patients with fewer live births were at greater risk; and those who had no live births after treatment were at the greatest risk of developing ovarian cancer.

[This study has] made an important contribution to our knowledge of the connection between infertility and ovarian cancer in the context of ART. It appears that ovarian cancer risk is increased in some women who have had ART treatment. However, women who underwent ART for non-female infertility diagnosis did not have an increased risk of ovarian cancer. This is reassuring because it suggests that ovarian cancer is not caused by ART per se, but rather is associated with the underlying infertility diagnosis. By identifying specific characteristics, which contribute to this increased risk, this study will help us to better evaluate and advise our patients. Continuing research is needed to further elucidate the associations between underlying causes of infertility, the impact of successful pregnancies or the lack of them, ART treatments, and cancer.

Keep in mind that the actual risk of developing ovarian cancer, regardless whether you used IVF, is relatively low.