Amal Clooney Is Pregnant With Twins 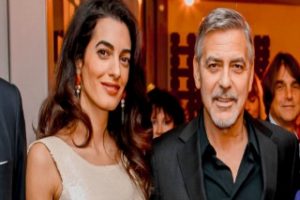 In the last few weeks there have been some pretty big celebrity pregnancy and baby news stories. Among the happy announcements is one from George Clooney (55) and his wife Amal (39). After many weeks of rumors swirling in the media and “baby bump sitings,” the couple announced that they are expecting twins in June.

Reports from other sites address speculation that the pregnancy was via In Vitro Fertilization (IVF) but the Clooneys have not spoken definitively on the record yet that we could find. It’s quite interesting to note that much of the chatter in the media is from the perspective that even asking if the Clooney’s did IVF is “none of our business.” Regardless, we say a hearty congratulations to the Clooneys! We look forward to celebrating the arrival of their little ones in the spring.