Q: How worried should I be about inadvertent partnering of two donor conceived half siblings from the same donor? 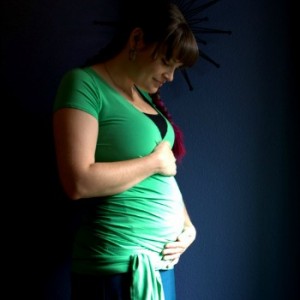 A: This is an issue of concern for many people considering donor conception (donor sperm, donor egg, or donor embryo). While the fear is understandable, many professionals believe the fear is not well founded. For example, we asked this question to Ole Schou, founder and CEO of Cryos International sperm banks, who has researched and spoke to professional groups on this issues. [Note that he is not a native English speaker.]

“There is no reason to be concerned about accidental incest between donor conceived children/adults. The risk is extremely low. Professionals call the risk consanguinity or inbreeding. It is also described as incest. However, this word is surrounded by many taboos and connected to something morally wrong, and is not the best word to use in this situation.

However, the risk may only be increased some few percentage in comparison to normal procreation. So this is not much. It is more a problem if it continues generation after generation. Then everybody will sooner or later be affected. This is seen in for instance very small and isolated communities or in royal families. This is not relevant for donors as it is only a one generation issue.

Further, the risk that two half siblings from the same donor meet each other is generally very little if the sperm bank distribute internationally or worldwide. For small sperm banks servicing only a little community there should be limits on the number of children per donor–a maximum of 10 according to the American Society of Reproductive Medicine.

Consanguinity is only a question about distribution. For example, 2 children in a rural district induce a higher risk than 100 children in a big city or 1,000 children in a big country or 100,000 children in the world. Today, most large sperm bank distribute nationally or internationally, and it is seldom that a donor father has more than 25 children. In rare cases, it has been reported that there have been more than 150 children from the same donor, but this is not a problem if the geographical distribution is ensured. Also, note that consanguinity by sperm donors are considered to be much less frequent than the general risk in the community (J.L. Serre, 2013).”