How in the World Do You Afford Adoption or Infertility 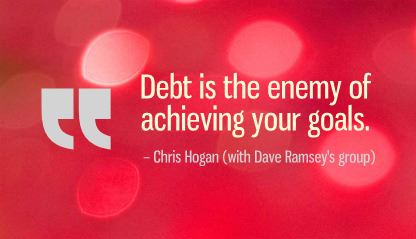 Someone posted yesterday on the Creating a Family Facebook Support Group that they were just starting the adoption process and felt overwhelmed and defeated by the cost of adoption. We received a question for yesterday’s show from a couple that had spent all their savings on a failed IVF cycle and were now wondering how to afford another round. Yeah, no two ways about it, both adoption and infertility are expensive.

Adoptions can cost upwards of $30,000 and one IVF cycle can cost $15,000+, and most people don’t have that amount of cash sitting unused in a saving account. How in the world do people afford to adopt or pay for IVF? I hate to be a Debbie Downer, but one way is by old fashioned saving.

It May Not be Flashy, But it Works

Saving money just sounds so darn boring, doesn’t it. It has no pizazz, but it does work. I have been a big fan of Dave Ramsey’s financial management approach for a long time. He lays out the how’s and why’s of creating a sound money plan for your family in such a direct and wise way.  You absolutely should listen to my interview with Chris Hogan, with Dave’s group, if you want to save money for any important goal (adoption, fertility treatment, a house, etc.), or if you want to get your spending under control. (Plus, Chris has a really great, and sexy, radio voice.)

Get on the Same Page

Chris gave lots of good advice on the show yesterday on getting control of your finances and starting to save money, but one of the things that resonated the most with me was his insistence that both husband and wife needed to be on the same page. Both partners need to agree on the goal and on the method for achieving it. He also suggested that both partners identify the “cost” of achieving this goal, as in lack of sleep, reduced time for vegging out, picking up the slack around the house, etc. He is so right about that!

There is no magic bullet for amassing $15-30,000+, but Chris gave lots of specific ideas for how to do it. Another good resource is Adopting Without Debt by Julie Gumm. It could just as easily have been titled “Fertility Treatment Without Debt” since the advice is almost equally relevant. We interviewed her on another Creating a Family show.

How did you pay for your fertility treatment or adoption?

P.S. It should be noted that foster care adoption cost almost nothing, and is a great way to create a family.