Please Keep Your God out of My Infertility 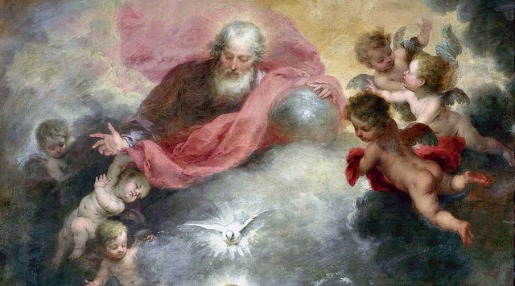 I am not easily offended. I hear a lot of stupid and hurtful things that are said to those with infertility and to adoptive families, but most times I see these comments as ignorant or the result of people not understanding infertility or the sensitivities of people who want desperately to be a parent. While these ignorant comments can and do hurt, they don’t make me mad. I save my anger for hate-filled comments that attribute ideas to God—to my God.

Here are a sampling of comments made by so-called religious people.

One woman in our online support group, when told that God made her infertile because He didn’t think she’d be a good mom, replied:

Well then, I think your God is an a$$hole because why would He give children to people who end up abusing, neglecting or killing them and not to me, who would give anything in the world to have a child and would spend my life being the best mom in the world.

Religion is a sticky subject—everyone has different ideas on what it means to be a good Christian or Jew or Muslim or whatever. For this reason, and others, I usually steer clear, but these comments offend me on such a personal level. My religion is very important to who I am and how I live my life. Christians have a bad enough name in some circles. We don’t need knuckleheads who think they have been called by God to set people straight spouting off thoughtless and stupid statements in the name of Christianity.

So here’s the thing: unless you are absolutely sure that God himself has told you to say something that is going to inflict pain and can accomplish nothing other than making a suffering person suffer a little more, keep your thoughts to yourself. And if you do believe that God is telling you to do this, consult with your pastor first before you say anything.

My God calls me to help those who are hurting regardless of the cause or if I believe that they contributed to their own pain, so I suggest that if you really believe that God punishes people with infertility or withholds children as a way of judgment, the truly Christian thing to do is to give them a hug, make them a pot of chicken-noodle soup, and say how sorry you are that they are suffering and that you are praying for them during this hard time.

What stupid stuff have you heard in the name of God about infertility or adoption?

P.S. #1 You might enjoy our blog on Stupid Things People Actually Say to the Infertile and Snarky Answers to When are You Going to Have Kids. And heck, while we’re talking about insensitivity, why not read 10 Things You Should Never Say to Parents Through IVF.

P.S. #2 In no way do I think that Christians have a corner on the insensitivity market. Although it is true that all of the above comments came from Christians, I suspect that if we lived in a culture where another religion was predominant we would hear these same comments attributed to their religion.

Image credit: Waiting For The Word