What Adoptive Parents Need to Know about the Primal Wound 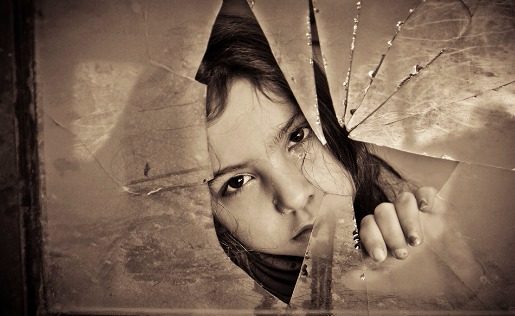 It seems like we’ve been talking about the primal wound quite a bit lately in this blog and comments.  The primal wound theory holds that “severing the connection between the infant and biological mother [through adoption] causes a primal wound which often manifests in a sense of loss (depression), basic mistrust (anxiety), emotional and/or behavioral problems and difficulties in relationships with significant others… affect[ing] the adoptee’s sense of self, self-esteem and self-worth throughout life.”

While I’ve never doubted that some adopted persons feel this wound deeply and for life, I have struggled with the idea that all adoptees must feel this wound. I worry that this theory is more limiting than empowering and furthers negative stereotypes.

I finally had my ah-ha moment, when I read this article: In Appreciation of “The Primal Wound by Dr. Marcy Axness. Dr. Axness, an adoption therapist and an adoptee herself, was able to explain the importance of the primal wound theory in a way that helped me get it or at least parts of it. Dr. Axness was able to help me understand that the primal wound should not be about blame and guilt– it should be about understanding. If you enjoy her writing you will love this interview we did with her on this same topic.

In Appreciation of the Primal Wound by Dr. Marcy Axness

A few years ago my husband was suffering from a mysterious, ever-worsening pain in his heels. The pain, and its intrusion on his lifestyle, was depressing for him, and even more depressing was the sense that this seemed to be one of those things that might never get explained but would rather, hopefully, go away on its own. It didn’t, and he continued chasing down relief. One day he came home from the podiatrist happy and hopeful. He had seen his problem on the X-rays, he had seen in black and white exactly what was causing his pain. Real, tangible. There was a name for what was hurting him.

There are no X-rays for hearts, for souls. There are only courageous people willing to step forward and speak of certain difficult truths. I’ll never forget the evening when I first read Nancy Verrier’s preliminary paper on her theory of the primal wound, in which she illustrates how abandonment and loss is indelibly imprinted upon the unconscious minds of those who have been separated from their biological mothers at birth. Verrier invokes established research to propose that bonding doesn’t begin after birth, but is a continuum of physiological, psychological and spiritual events beginning in utero and continuing throughout the post-natal bonding period. It is the interruption of this natural evolution, due to post-partum separation of mother and child, that creates a primal wound, according to Verrier, who went on to publish her findings in The Primal Wound: Understanding the Adopted Child.

The descriptions I was reading in Verrier’s article sounded chillingly familiar, and I felt relief down to my bones, a tearful epiphany of Oh God, someone finally knows me, sees me, understands this impossible ache/not-ache, this me/not-me that I’ve been living all these years, in solitary, the loneliness of not being understood, and moreover, the exasperation of the narrow halls. One walks narrow halls of life when one is not conversant with one’s full spectrum of being. Confined, and puzzled as to why…

And yes, for that night, and weeks of nights thereafter, I felt that I’d found The Key to me: “Ah ha, so this is my core issue, and all those years of therapy, of dancing around the ancillary issues, was simply a prelude!” For awhile I suppose I did become “over-identified” with the primal wound, which is a concern that some critics have over this kind of ideological theory. They believe that to ascribe to any one theory the genesis of a person’s essential make-up is a grave mistake. In the long run, I agree….

Is the Primal Wound Theory an Invitation to Wallow?

Dr. Axness then goes on to analyze whether the primal wound theory presents a fundamental human truth for adopted people or is “an invitation to wallow”. She concludes that ultimately adopted persons need to integrate the wound of separation into the other aspects of their lives to become fully evolved people, but not “before one has had the opportunity to wallow, to swim deeply and languorously in this place of long-craved empathy. We’re parched cisterns needing to be filled to over-flowing and then some, and then some, and then some, and then…slowly…we can begin to integrate, to be sensitive and receptive to other ideas, other influences, other forces which have relevance in our lives.”

To expect a set of newly-introduced (and, as in the case of the primal wound, profoundly powerful and empathic) ideas to go to a place of ready integration is like me expecting my child to be fully independent before she’s had her fill of being dependent. It ironically stunts growth rather than hurrying it along. And to worry that a struggling adoptee will remain in the grip of this archetype-based idea of the primal wound, so that everything for that person will forevermore be explained by that theory, is to reveal a cynicism about the emotional and spiritual resources of the adopted person to continue the process of integration, the process of pursuing wholeness along whatever paths lead the way.

What are your thoughts on the Primal Wound Theory?