OK guys, it’s now or never. As you know, I’ve been fairly quiet about all the petitions and requests for action on the adoption tax credit that have been circulating. There was logic to my reticence– I wanted to save whatever “fire power” I had for when it really mattered, and now is that time. I’m only asking for a small effort, but the combination of many small efforts will make the difference in the future of this very important tax credit.

The Adoption Tax Credit, as we know and love it, will expire on Dec. 31, 2012. Last Friday, September 21, at long last, a good bipartisan Senate bill (S. 3616) on the adoption tax credit was introduced by Senators Landrieu (D-LA), Blunt (R-MO), Hutchison (R-TX), and Cardin (D-MD.) A strong House bill (HR 4373) was introduced in April 2012 (thank you Representative Rep. Bruce Braley (D-IA) and all the cosponsors), but we’ve been waiting for a bipartisan Senate companion bill. Now that we have it, it is time to take action.

For calendar year 2012, the maximum adoption tax credit available is $12,650, which is a slight bit less than in 2010 or 2011. It applies to all types of adoption— foster care, international, or private domestic. (The adoption tax credit in the past and with any of the proposed legislation is not available for stepparent adoptions and embryo donation, which some folks call embryo adoption.) The adoption tax credit for 2012 is not refundable, which means that only families who owe federal income tax can receive the credit. The bottom line is that many lower and moderate income families will not benefit from the adoption tax credit, or will receive only a portion of their credit.

What Will Happen to the Adoption Tax Credit in 2013 Without Action?

S. 3616 would also ask the IRS to implement several processing reforms suggested by a Government Accountability Office (GAO) report on the adoption tax credit. Anyone who has experienced the hassle of applying for this credit (see the 700+ comments on only one of my many blogs on this credit) will appreciate this addition.

What We Need You to Do

We only need one thing, but that one thing is very very important: Send an email (or if you are particularly industrious–a letter) to your House Representative (you have one) and both of your state Senators (you have two). You can also give them a call or schedule a visit, but the easiest thing to do is to draft one letter and email it (with a few very minor changes) to all three officials. Don’t bother to contact Representative from other districts or Senators from other states. Not to be harsh, but you can’t vote for them, and they don’t really care what you think. Your Representative and Senators, on the other hand, care very much.

To find your Representative and Senators and to get their email address (or mail address or telephone number) is amazingly easy.

mass impersonal campaign, and thus, I think carries more weight. The only info you need in the email is the request to co-sponsor the specific bill, and a brief heart-felt reason why the adoption tax credit is important to you. Has it helped you in the past? Might it help you in the future? Would it have helped you? Make sure you include your name and address, so they know you are legit. That’s it– Democracy In Action.

How the Adoption Tax Credit Renewal is Likely to Come Down

For better or for worse, the adoption tax credit is expiring the same year as a national presidential and congressional election, and the 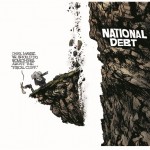 same year our esteemed leaders have lead our country to the brink of the fiscal cliff. (If you have been hiding under a rock and are fortunate to not know about this looming abyss, just Google the phrase “fiscal cliff”. Like it or not, the lowly, humble adoption tax credit it tied up in all of this.

The Adoption Tax Credit Working Group and our various lobbyist and political gurus believe that the any action on the adoption tax credit is likely to be a part of the passage of some form of extension for the Bush era tax cuts or other major fiscal/debt/tax reform packages that will be coming down the pike after the election. Some in congress want to extend all the Bush era tax cuts for everyone; some want to extend most of them, but only for families making less than $250,000 a year; some want to reform the tax code, with or without the Bush era tax cuts; and nearly everyone agrees that tax cuts or tax reform cannot be allowed to increase the national debt any further. The adoption tax credit is part of that big murky mix.

It is highly unlikely that there will ever be a separate vote on the adoption tax credit, which is part of the reason why we have to try to build the co-sponsorship list now for H.R. 4373 and S. 3616. How strongly these bills are supported will make the difference in how seriously Congress considers the adoption tax credit when (if ?) they are hammering out a tax plan in the wee hours of 2012.

P.S. Although not specific to the Adoption Tax Credit, I would also encourage you to join the Creating a Family Facebook Support Group.  It is a friendly, supportive, and very active group, and a safe place to ask questions, vent, or simply chat about all things, including what is happening with this credit.