When Transracial Adoptees are Used as Advertisements for Diversity 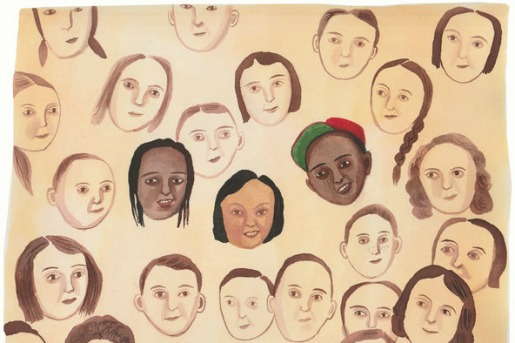 Transracially adopted kids are often the minority in their schools, camps, and churches. Their pictures are proudly displayed in advertising materials to show diversity and often to attract more families of color.

I just read a really good essay in the New York Times (A Poster Family for Diversity) by a mom of three transracial adoptees about her discomfort when her children’s school, teams, and camps used pictures of her children in their advertising.

By virtue of their white parents, transracial adoptees often move in majority white spaces, inadvertently providing diversity for others. Although I’ve always tried to place my kids in environments where they encounter peers and role models of the same race, they inevitably end up in the minority at school, at camps, in enrichment classes and on sports teams.

Early on I noticed how schools and kids’ programs love to feature children of color in their marketing materials to highlight their commitment to diversity, just as the big corporations do.

At first she refused to sign the photo permission use forms, but that gets complicated, so eventually she gave up.

All I can do as a parent is maintain an ongoing dialogue with my children about the hidden messages in advertising, about the ways minorities are portrayed in the media, and about why I feel so protective of their likenesses.

Sometimes, when I find a picture of my daughter playing bass guitar on the girls’ rock camp Facebook page or discover a video of my son’s deft footwork being tweeted by his soccer club, I’m thrilled. To see my kids promoted for what they do, not what they look like, feels good. Finding them featured in a camp catalog or a school brochure doing nothing but looking “ethnic” alongside their white peers brings up less positive emotions.

As a mom through transracial adoption this article hit home. As a mom I tried to make sure my kids were not always in the minority, and giving them lots of opportunities to be with others of their race, but as with this mom, often they were in the minority. I strongly recommend popping over to NYT and reading this.

If you are a transracial adoptive parent, have you experienced this? What are your thoughts?