Romanian Adoptees Search For Their Roots 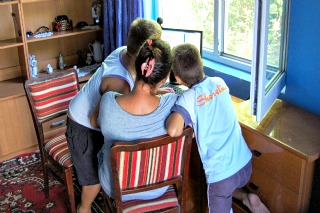 In the midst of the bloody and brutal collapse of Romania’s communist regime, tens of thousands of Romanian children were adopted by couples in America and Western Europe. While exact figures don’t exist, the Romanian National Authority for Protection of Children’s Rights and Adoption says there were more than 16,000 adoptions, many of them corrupt. A generation of adopted Romanian children is now coming of age, and many are attempting to find their birth parents, but it is a slow process that doesn’t always have a happy ending. Some searches are stalled by red tape or corrupt private detectives while others are stopped birth parents who don’t wish to be reunited with their children. The Balkan Insight has a good article discussing the lengths some adoptees go to to find their birth families and the problems they face.