Rescuing the Rooftop Folks: International Adoption Neither Saint nor Devil 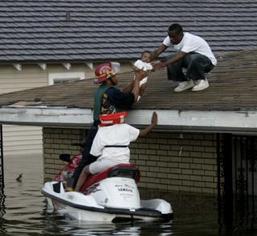 I read an article recently in the KoreAm Journal titled Where is home? by Kai Ma. The subtitle of the article reads: “Once the largest supplier of international adoptees, South Korea, is at a crossroads, looking to end overseas adoption out of a sense of both shame and responsibility.” I thought this was one of the best and most well rounded articles I’ve read lately on the place of international adoption in a country’s child welfare system.  The article points to the growing anti-adoption sentiment in Korea, brought on in part by the Korean media’s focus on problems and complaints of some vocal adult adoptees.The author interviewed and quoted a number of adult Korean adoptees, and it is their insight that makes this article shine. Here are some quotes that I thought worth thinking about:

International adoption is often either vilified or sanctified in the press, when in reality it is neither devil nor saint. In an imperfect world, it is often the best solution, but that doesn’t excuse doing nothing to try to improve the underlying conditions which resulted in this being the best solution. Women and men conceiving children they are not able to raise is the root cause, and all efforts should be made to support and encourage people to make good reproductive choices. I want to live in a world where poverty is never the sole reason for relinquishing a child. Being too young to parent or wanting a child to have two parents are valid reasons for relinquishment in my book, regardless if the child is from Bulgaria or Boston.

The notion, however, of stopping international adoptions or impeding them unnecessarily through regulations, in order to assuage national pride or to try to force governmental action is absurd. It’s akin to starting work on the levees in the midst of a flood, while people are stranded on their rooftops. The levees need attention, but the rooftop folks need a lift right now. Surely, we can do both. One of the adult adoptees was quoted in the article as saying: “So what would be the only logical reason for closure of international adoption? When there are no more children to be sent abroad.” Amen!