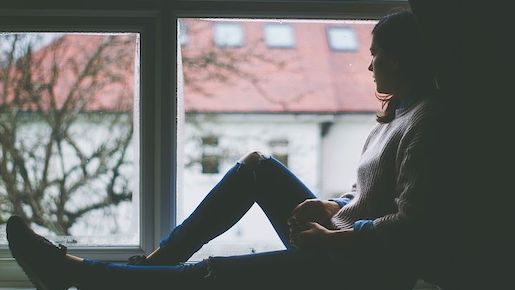 Have you ever had that experience where all of a sudden one idea or thing keeps popping up in your life? When this happens, I try to pay attention. Lately I seem to be inundated with the people talking about the “primal wound” theory— the idea that “severing the connection between the infant and biological mother [through adoption] causes a primal wound which often manifests in a sense of loss (depression), basic mistrust (anxiety), emotional and/or behavioral problems and difficulties in relationships with significant others… affect[ing] the adoptee’s sense of Self, self-esteem and self-worth throughout life.”

Of course, I’ve read the book The Primal Wound by Nancy Verrier and have known about this theory for many years, but I seemed to hear about it with almost freakish regularity within the last month.

Studies of this nature are “game changers” and provides proof of what adoptees have already known for years. This study establishes that premature separation from the natural mother alters the genetic fabric of a child.

What?!? That wasn’t even close to my understanding of what this study found, but the above commenter implied he had read the full study, so my interest was piqued enough to shell out the money to order my own copy. If indeed this study found biological “proof” that adopted children are damaged to the very core of their cells by being raised by a mother without genetic connection, I certainly needed to know.

The study was indeed fascinating,** but in no way provided the Holy Grail of a primal wound. The focus of this study was children raised in institutional care. A comparison control group was needed, and researchers chose children from the same region raised by their biological families. In order to prove the existence of a primal wound to the DNA by being separated from a biological mother and raised by an adopted mother, researchers would need another group of children who had been abandoned at birth but immediately placed in permanent adoptive families. This was beyond the scope of this study. The study only mentioned adoption once: “Adoptive placement in itself appears to represent a significant intervention with regard to physical and cognitive development catch-up [of children raised in orphanages].”

Without a doubt, the primal wound theory resonates with many adopted people. It provides a logical explanation for how they feel and validates what they feel on a gut level. I believe they have an answer and it helps bring clarity to their life experience. I also believe that it doesn’t resonate with all adoptees, which also makes sense since adopted people are not a homogeneous group and the type of adoption would likely also impact how people experience adoption.

Humans are complex beings—there are few direct lines, single factor causes and effects, especially in human psychology. How a person reacts to any big life event depends on many, probably hundreds, of factors, including our basic genetically related temperament. And we all have our own potentially big life events: for some it’s adoption, for others, it’s a depressed mother, or a single mother living paycheck to paycheck, or the death of a parent, or an alcoholic father, or a divorce, or parents who constantly fight. For most of us, our lives are a mix of positive and negative big events. How we respond to each, and which one leaves an everlasting imprint is individual.

I remember a late-night gab session during my first year at college. A group of about eight girls was talking, and as often happens with 18 and 19-year-olds, our conversation eventually turned to complaining about our parents and life. What strikes me now is that we all carried our own individual burden. For one, it was her parent’s bitter divorce where she felt like a pawn in their ongoing fight. For another, it was the tragic death of her beloved older brother. Interestingly, she and her brother were adopted, but that wasn’t her “big” life event, or at least it wasn’t in comparison to her brother’s death or at the age of 19. Another girl admitted that her father drank too much and too often. Another was raised by her grandparents whom she adored, but who were now in ill health. Another was a very different person from her parents, and she always felt like an outsider in her family. There were eight different stories; eight different negative big life events. (What should have struck me then was how petty my own burdens were in comparison, but it would take a few years for that realization to set in.) No doubt if we got together again now, we might see things differently.

I’ve wondered if the attraction of theories that say adoption is irrevocably damaging to adoptees is an attempt to counterbalance the years where the professional adoption community preached that adoption was no big event. Just ignore it; raise them as if they were born to you; no need to even tell the child; seal up the original birth records to further the pretense. This minimization of the inherent loss in adoption minimizes the pain that many adoptees feel, and there is nothing worse than having your pain minimized. Adoptees that felt the loss in adoption were often made to feel that they were ungrateful and that there was something wrong with them. Of course, adoption is a huge life event for both the child, and the first parents (and grandparents), and the adoptive parents. I don’t believe that it is either inherently negative or positive—in the vast majority of cases, it’s a mix of both.

I have no doubt that some adopted persons are badly wounded by the very fact that they were relinquished by their biological families. They deserve to have their pain recognized, and the adoption system needs to address ways to lessen the potential for this wound, including supporting family reunification and mom’s choosing to parent rather than relinquish their child. Open adoption is a step in the right direction, as are opening sealed records. More effort to provide alternatives for families to stay together is another important step.

It’s important, however, to also recognize that many adopted people do not carry this “primal wound”, or if they are wounded the cut doesn’t go so deep. Who is and who is not maimed is likely dependent on temperament, how soon the child is adopted, life experiences, specifics of their adopted families, and a host of other factors that we may never know. Adoptees are a wonderfully diverse group. They deserve better than any automatic label.

P.S Make sure to read a wonderful

* “Differential patterns of whole-genome DNA methylation in institutionalized children and children raised by their biological parents”. Oksana Naumova, et al. Published in Development and Psychopathology.) The original poster was lamenting that research results seldom spread to the “real world”—those of us who are in the midst of living and loving children through adoption or are working with families in this position. (I share her concern and that’s one of the reasons Creating a Family has an Adoption Research page where we include a discussion of the above study.)

** Not all adoptees that commented shared this opinion. One adult adoptee who is also a therapist said: “I oppose the self-defined victimization of adoptees, and I have challenged them openly about it. I took a lot of abuse for saying they are dramatized not traumatized.”

***I thought it was particularly interesting that the orphanages in the study were chosen because of the “high quality” of care. “They were well equipped, had an adequate ratio of children to adults, had good physical plant facilities, and demonstrated adequate administrative leadership.” I also found it interesting that researchers believe that the changes in DNA are heritable, thus the children of these children may also carry some of the scars of institutionalization. It should also be noted that this was a very small study involving only 14 children in each group.