Awhile back, I posted a couple of blogs on The Primal Wound theory (here, here, and here). This psychological development theory postulates that adopted people feel a primary deep wound as a result of being separated at birth from their biological mother. In my posts I was trying to work out my thoughts on this controversial theory and come to a better understanding of why it speaks so profoundly to some adult adoptees. The comments to that blog were both fascinating, sometimes challenging, and almost always helpful to me.

One of the most helpful comments linked to an article by therapist and adult adoptee, Dr. Marcy Axness, “In Appreciation of The Primal Wound”, which is currently not available online, but I excerpted on my blog “What Every Adoptive Parent Needs to Know About the Primal Wound“. In all my readings and discussions on The Primal Wound, it was her article that gave me my ah-hah moment. I immediately contacted her and scheduled her for a Creating a Family show on the primal wound. It was a terrific show if I do say so myself. Dr. Axness has recently published a new book on parenting, Parenting for Peace. It reflects the same deep wisdom that she applied to the primal wound article and our show. I loved it. She recently contacted me and asked if she could submit a guest blog for Creating a Family. We were thrilled to say yes. She tailored it to empowering adoptive parents and those pregnant after infertility. I’ve divided her blog  into two parts–one today and one Thursday.

Imitation is the young child’s primary form of learning, which is why one of my first bits of guidance to parents coming to me for counseling is to cut down by at least 50% 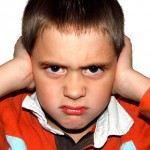 the sheer number of words they say to their young child. Children learn from who we are and what we do far more than from what we say.  And credible leaders don’t yammer on and on.

(Because example is indeed the most powerful mode of teaching and learning — not just for children but for humans in general – it is Principle #3 of the seven principles on which my book “Parenting for Peace” is based.)

But I digress. Let’s get to this exciting topic of…

One of the most powerful ways in which this parent-as-model process shapes your child’s optimal wellbeing is in the realm of actual brain development: the relatively new field of attachment neurobiology has revealed that our babies and children actually piggyback on the self-regulation capacities of the 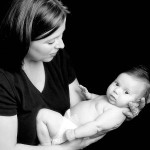 limbic systems in our own brain! When you hold a distressed infant in your arms, the soothing she experiences doesn’t just come from your secure embrace, but also from the actual regulation and modulation of her aroused nervous system that happens when her immature social-emotional brain actually links up with your more mature one!

While the researchers use such terms as “biological synchronicity”[i] and “limbic resonance,”[ii] the sci-fi image of “mind-melding” captures it well. Writes one researcher, in evident awe, “It is a biologically based communication system that involves individual organisms directly with one another: the individuals in spontaneous communication constitute literally a biological unit.”[iii]

But it gets even wilder than that, and has more far-reaching implications for your child’s lifelong wellbeing and success: over the days and months and years of such attuned, connected encounters, the circuitry of your baby’s social brain wires up to emulate yours! Attachment neurobiology pioneer Allan Schore puts it bluntly: “The mother is downloading emotion programs into the infant’s right brain. The child is using the output of the mother’s right hemisphere as a template for the imprinting, the hard wiring, of circuits in his own right hemisphere that will come to mediate his expanding affective capacities, an essential element of his emerging personality.”[iv]

What that means in plain English is that engaged, attuned, playful interactions with us are a basic and essential form of nourishment for our babies. 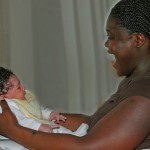 Bruce Perry points out that developing brains require human interaction as fervently as caloric nutrition for their healthy growth! (For more on this, read the Mommy Mind Melt excerpt from “Parenting for Peace”.)

What is NOT nourishing to the developing brain is “electronic engagement” — which is largely an oxymoron, as far as the social brain is concerned. I’m referring to Baby Einstein and other info-tainment, as well as data on the screens of iPhones, iPads, and lapware computers designed for babies. The Baby Einstein juggernaut bears commenting on, just in case you feel like the mom who said, “You want to make sure you’re doing everything you can for your child, and you know everyone else uses Baby Einstein, so you feel guilty if you don’t.” In case you missed it, in 2007 Baby Einstein, along with all other so-called educational screened programming, was found to be associated with delayed language development; television or video watching at this age, said an American Academy of Pediatrics spokesperson, “probably interferes with the crucial wiring being laid down in their brains during early development.”

The take-away is, our children wire up to be us ourselves, from the very beginning; this foundation then serves as their launching pad, at the most basic level of brain structure, for surpassing us into higher realms of accomplishment, social intelligence, and joyous self-mastery.

The Power of Example (With a Miraculous Twist)

For this and many other reasons related to the potent teaching power of models, a fruitful question to ask yourself, ideally beginning even before you have a child, is “Am I worthy of my child’s unquestioning imitation?” Daunting, yes. But it’s best to realize early on that whether or not you can answer “Yes” to this question, what you see in the mirror is to a great extent what you will see in your child. And, most likely in your child as an adult.

But don’t despair: Nature seems to have built in a special mechanism that allows us to give our children a fighting chance to surpass us. If our children’s potential was constrained by the limitations of our own accomplishment, we’d be doomed! We’d have to wait until our sixties, seventies, eighties — or maybe never — before we’d feel prepared to be parents. Nature has brilliantly built into the system that our children most powerfully respond to our *inner life*; thus, it is the ideals, aspirations and earnest striving we engage in that greatly shapes them — our upward striving that helps Life, in theologian John Cobb’s words, to “exert its gentle pressure everywhere, encouraging each thing to become more than it is.”

Indeed, as I look back into my own history as a new mother, I recognize it quite starkly: if this mommy mind meld deal were merely a copy-and-paste situation, my son and my daughter wouldn’t have had much hope. Motherhood brought me to my knees, and it was many years before I recognized that I had suffered from what I’ve come to call CCPD — Chronic Covert Postpartum Depression. I had grief and rage bubbling up all over. It was really hard for me to be present.

But I never stopped striving — for insight, for healing, for wholeness. And that changed everything, and I believe it is why my son and daughter have both flourished into their early adulthood.

So what does this miraculous striving look like day to day? Presence. Mindfulness. Renouncing multi-tasking in favor of uni-tasking. Being fully engaged with all of you in whatever you 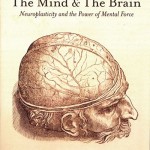 ‘re doing. UCLA psychiatrist and Buddhist meditator Jeffrey Schwartz discovered that mindfulness (the willful mastering of the flow of thoughts and feelings) could successfully treat serious OCD (obsessive-compulsive disorder) and writes in his amazing book “The Mind and the Brain,” “…the exertion of willful effort generates a *physical force* that has the power to change how the brain works and even its physical structure. The result is neuroplasticity.”

This mental force that can change the brain, can certainly change the download of the mommy mind meld. What we hand down to our children as we parent is not simply a linear, one-for-one duplicate of ourselves, and that is where the stunning possibilities of parenting for peace lie: through refining our own consciousness we throw the door open on our children’s  potential.

Tomorrow, will be the specifics of how to apply this theory of attachment neurobiology to adoptive parenting and how to begin the process if you’re pregnant after infertility treatment.