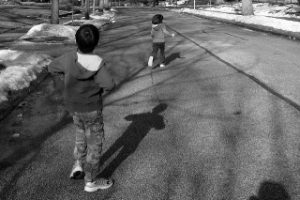 Here’s a really interesting look at foster care numbers from an AP report in the news recently. According to new data released, the number of children in the U.S. foster care system is on the rise for the third year in a row. The annual report from the Department of Health and Human Services cites worsening substance abuse by birth parents as the major factor in this sharp increase. The report indicates that 427,910 children were in the foster care system as of September 30, 2015, up from about 414,429 a year earlier. Almost 75% of the states reported an increase in children in care, with the largest increases in Florida, Indiana, Georgia, Arizona and Minnesota.

Seeking to explain the increase, HHS said parental substance abuse was cited as factor in 32.2 percent of the 2015 cases in which a child was removed from home – up from 28.5 percent in 2012.

Officials at HHS’s Administration on Children, Youth and Families interviewed child welfare directors in states experiencing the highest increases in foster care numbers, and were told that a rise in parental abuse of opioids and methamphetamine was a major factor.

Check out the article for a more comprehensive summary of the annual report from the Department of Health and Human Services.