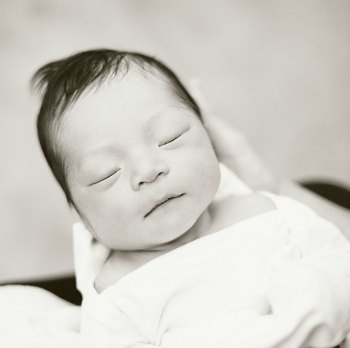 Q: My hubby and I hope to have our baby boy home from Korea by the end of the month!! We’re so excited but have differing opinions on the pronunciation of his name. We’re keeping his Korean name as his middle name. His Korean name is Hui-A. In Korean, this is pronounced He Ah. My husband thinks we should change the pronunciation to sound more like it looks. So, it could sound like, Who-way-ah. I think we should leave the pronunciation as He Ah because it’s part of his heritage. My husband (who is half Japanese but born in US with a common name) thinks he will be made fun of for having such a different name. I don’t want our son to be ashamed of his name but at the same time, my own family members can’t remember He Ah and keep saying He Haw, etc. Any suggestions?

A: My experience with Korean, and I assume it would be the same with other Asian languages, is that the spelling differs greatly depending on who is translating.  Translating requires trying to match the Korean sounds to English letters, and that is more an art than a science.  Korean is a totally phonetic (beautifully phonetic actually) language, while English is anything but.  How about keeping the pronunciation, which after all is the heritage part rather than the English translation, and changing the spelling to reflect it?  “Heah” or “He-Ah” or “HeAh”looks like it sounds and is easy to fill into forms without the space.

Also, I wouldn’t worry too much about middle names being the source of embarrassment.  After he’s been home for a short time, most people won’t even know his middle name.  Teachers don’t usually call out a child’s full name.  For the most part, the only one who says my kids’ full names is me.