When the Kremlin Says ‘Adoptions,’ It Means ‘Sanctions’ 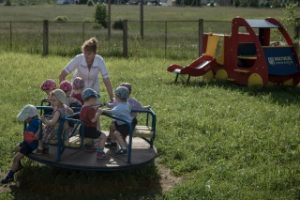 Here’s an interesting article about the weird connection between U.S. sanctions against Russia, international adoptions, and the meeting between the Trump campaign and Russia before the U.S. Presidential election. According to the New York Times, from the Russia perspective, international adoptions from Russia to the United States can be used as leverage against sanctions.

But from the Russian perspective, whether the younger Mr. Trump and his associates knew it at the time or not, the issues of adoptions and sanctions are so inextricably linked as to be practically synonymous. (Mr. Trump said in a later statement that the lawyer, Natalia Veselnitskaya, had also promised to give him compromising information about Hillary Clinton.)

Understanding the connections between adoptions and sanctions offers a lens into the worldview and foreign policy goals of President Vladimir V. Putin of Russia, and into how even a meeting that really did focus primarily on adoption would also have been about much more.

It might not seem obvious what sanctions have to do with American parents’ adoptions of Russian children, which is the topic that the younger Mr. Trump initially said Ms. Veselnitskaya wanted to discuss. Their connection comes down to one word: leverage.