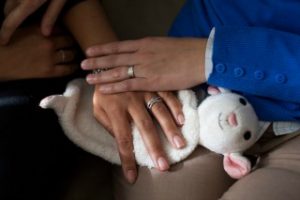 Judge W. Mitchell Nance of the Kentucky Family Court in Barren and Metcalfe Counties has recused himself from all adoption cases involving same sex parents. Citing his “conscience” in a court order released on Thursday, April 27th, Judge Nance stated that he would find it impossible to be impartial and does not believe “under any circumstances” that a child’s best interests would be served by being adopted and raised by a same-sex couple. The judge’s recusal comes more than a year after the last state ban on same-sex adoption was struck down in Mississippi.

Critics of the judge’s position are now questioning his abilities to be impartial in any situation that goes against his personal belief system. Mr. Marcosson, former board member of the of the National Lesbian and Gay Legal Association, thinks that the recusal from adoption cases is not sufficient.

He’s sent a message, an explicit message, that he’s biased about a whole range of issues that might come before him. If a judge simply cannot apply the law because of his or her personal views, it’s perfectly honorable for that judge to resign.

Not surprisingly, Judge Nance’s actions are being lauded by groups on the other side of the controversial topic. One such group is Lexington-based, Family Foundation. Their mission is to “strengthen Kentucky families” and their spokesperson, Martin Cothran, had this to say about the judge’s statement:

If we are going to let liberal judges write their personal biases and prejudices into law, as we have done on issues of marriage and sexuality, then, in the interest of fairness, we are going to have to allow judges with different views to at least recuse themselves from such cases.

It’s important to note that research in recent years shows that children raised by same-sex parents are faring well. Associate professor Abbie Goldberg of Clark University says that “children of same-sex couples have consistently measured similarly to children of heterosexual couples in areas like self-esteem, depression, anxiety and satisfaction.

For more information, Creating a Family offers these resources: