Infertility and Adoption Books for the Holiday Season 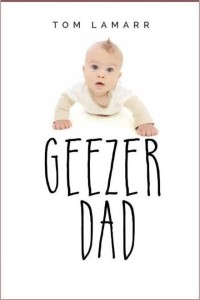 I have solved your holiday gift giving woes. I have read two good books about infertility and adoption recently that would make great gifts for Christmas, Hanukah, or whatever holiday you celebrate that requires a gift. You can thank me later for saving you from the torture of buying one more bottle of perfume or a tie.

Geezer Dad: How I Survived Infertility Clinics, Fatherhood Jitters, Adoption Wait Limbo, and Things That Go “Waaa” in the Night follows one man from blissful ignorance to infertility and ultimately to adoption and manages to be honest, serious, and funny all at the same time.

Tom and his wife, Sam, focused on careers and enjoying life as a couple until Sam was in her mid 30s. They got pregnant soon after they started trying, but miscarried. Thus started 6 years of infertility treatment, and much heartache. Tom tells the story from the male perspective, which is rare in the world of infertility and adoption literature.

Everything You Ever Wanted by Jillian Lauren

In Everything You Ever Wanted, Lauren writes about her infertility and adoption of an 11-month-old boy from Ethiopia with special needs with compassion and deep understanding gained from life in the trenches. 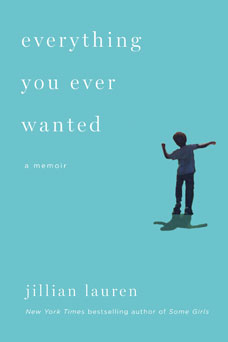 Lauren and her husband, Weezer bassist Scott Shriner, adopted a Ethiopian baby they thought was healthy. As he grew they realized his behavior was often out of control. He was ultimately diagnosed with post traumatic stress disorder and sensory processing disorder.

This is the story of how they helped him heal, and at its core its a love story between a husband and wife and between a mother and her son.

Boy, this lady can write! I was sad when the book  ended, which to my mind is the mark of a great book, and plan now to go back and read her New York Times bestselling first memoir Some Girls: My Life in a Harem.

I interviewed Tom Lamarr on this week’s Creating a Family show. I was supposed to also interview Jillian Lauren, but she found out at the last minute that her new son, to be adopted from foster care, was moving into her home the day and time of the show. That’s is a pretty darn good excuse for missing our interview.