The Effects of Institutionalization on Language Development 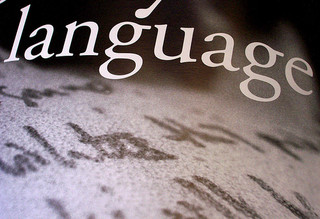 Q: We adopted a child from Russia who is now 4 ½. He is doing very well in most regards, but still lags behind in language. He was placed in an orphanage at birth and stayed there until we adopted him at 18 months. We are looking for information on the effects of institutionalization on children. Is there a chart that shows the expected impact of living in an orphanage for X number of months? We are trying to decide whether to hold him back a year before he starts kindergarten.

A: I have a section in my book that talks about the effects of institutionalization (p. 47-49 and Chapter 8).  At the time it was written (2006) I had read most of the research that was out there. I can’t say the same since then, but I try to keep up. The research is interesting and not necessarily consistent on the linear link between time in the institution and later problems. Humans are such amazing creatures and so very different. That makes it hard to generalize and say that if your child spent his first two years in an orphanage then you can expect to see A, B, and C. Also, orphanage care differs by country, by region, and even within the orphanage itself. And truth be told, we parents differ in our temperaments and preparation and this affects our kiddos as well.

However, having said all that, the research does show some patterns that support what you are seeing. Motor skill delays are usually the first to improve once a child is placed in a loving home, while language and social skills may lag behind. Research shows that many kids who spent time in an institution pre-adoption have some lingering language issues once school age.

For more information, listen to the Creating a Family show on Language Development in Internationally Adopted Children.  I interviewed Dr. Sharon Glennen, Professor and Chairperson in the Department of Audiology, Speech Language Pathology and Deaf Studies at Towson University in Maryland, about the complex language learning patterns of children who were internationally adopted.

On a personal level, I started one of my sons a year late in school and I never regretted it. It is so common that he doesn’t stand out or feel particularly different, although he does complain some about it when an older grade gets privileges that his grade doesn’t.