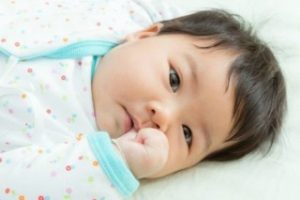 A recent study from Hanyang University in Seoul indicates that babies can readily remember and speak their first language even if it was forgotten from lack of exposure or use. Dr. Jiyoun Choi, who led the study of Dutch-speaking adult Korean adoptees, told BBC News that this finding “indicates that useful language knowledge is laid down in [the] very early months of life, which can be retained without further input of the language and revealed via re-learning.”

In the study, adults aged about 30 who had been adopted as babies by Dutch-speaking families were asked to pronounce Korean consonants after a short training course.

Korean consonants are unlike those spoken in Dutch.

The participants were compared with a group of adults who had not been exposed to the Korean language as children and then rated by native Korean speakers.

Both groups performed to the same level before training, but after training the international adoptees exceeded expectations.

The research indicates that the retention of language knowledge is abstract in its nature, rather than based upon exposure or experience. This leads to some important messages for parents, particularly of children adopted from countries where a different language is spoken than the language where they are being raised.

“Please remember that [the] language learning process occurs very early in life, and useful language knowledge is laid down in the very early months of life as our study suggests,” Dr. Choi said. “Try to talk to your babies as much as possible because they are absorbing and digesting what you are saying.”

To read the actual text of the study and more about its findings, check out the the links included in this story.