HELP! This Isn’t What I Expected (Older Child Adoption) 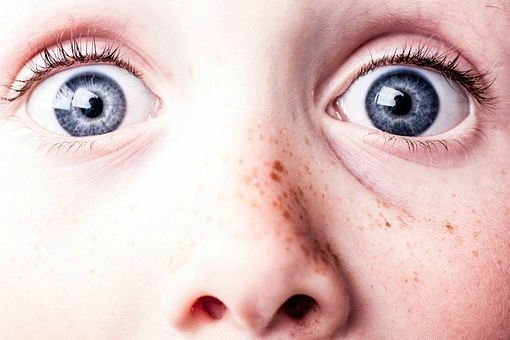 You’ve been waiting years for this very moment. You’ve dreamed, planned, budgeted, taken classes, completed your homestudy, filled out mountains of paperwork, read books, held garage sales, and maybe even traveled around the world. All of it culminates in this very moment — the moment that you meet your child for the first time. When the time finally arrives, you run into each other’s arms then return home together where you’ll live happily ever after.

That’s how it happens — right? Well, maybe not exactly.

Adopting an older child is a big transition for everyone involved and poses a unique set of challenges, sometimes making adoptive parents wonder if what they’re experiencing is “normal” or if they’ve made a huge mistake.

Through the years, Holt’s director of clinical services, Abbie Smith, has helped many families and adoptees through the transitions of older child adoption. “One of the most important parts,” Abbie says, “is to expect the unexpected.” Even if adoption is the best way for an older child to have a loving, permanent family, their transition home can be difficult — full of miscommunications, frustrations and grief. And adoptive parents get scared when they start to feel some of those same emotions.

Below, Abbie shares some practical tools you can use to make the transition home go a little smoother — for both you and your child.

Adoptive parents so often approach their child’s homecoming with a buildup of wonderful anticipation, but sometimes once they are home, their child can show fear or sadness that they don’t understand. While adoptive parents have years of excitement and anticipation leading up to the placement, their child probably had significantly less time processing their adoption, and may or may not have been emotionally prepared with the tools to make the transition.

Adoption is Both a Gain and a Loss for the Child

Through adoption, your child has gained the love and support of a permanent family, but their initial feelings may be those of loss — loss of their home, language, friends, food and culture. “So at first, they can be very sad and very scared,” Abbie says. “And it’s very common for those two feelings in human nature to come out as anger.”

While a parent’s first reaction may be to respond emotionally, it’s best to stay calm and think about the root of their child’s anger. “Be a scientist,” Abbie says. “Try to think, ‘Oh, they’re probably reacting to this because they’re so sad, or so scared.’” Learning a new language can also play a huge role. Similar to a baby, if a 10-year-old hasn’t yet mastered their new language, they may communicate their feelings in the only way they know how — through actions and outbursts.

When you as the adoptive parent remove your emotions while trying to understand those of your child, it’s a lot easier to respond with love and compassion rather than discipline and consequences. “A great way to do this is to validate the child’s feelings,” Abbie says. “Ask them if they’re having a hard day, or missing something from their birth country. This does so much to diffuse the situation.”

When an older child comes home, he or she has already had years of growth and development. The introduction to a new culture, with completely different societal norms, can be shocking and confusing. And adoptive families may run into this in many different ways — anywhere from eating habits to a strong sense of independence. And depending on the child’s age, they may have developed strong ties to their birth name, traditions, language and even belief system. So how do adoptive parents support their child while introducing them to their new culture and way of life?

“Parents should let those things unfold naturally,” Abbie says. “When you respect what they come home with, what they’ve already developed a value around, then they can have a better outcome.” Adoptive parents will be most successful if they show flexibility, ask questions and engage their child in the areas that are important to them.

Don’t Be Afraid to Ask for Help

It’s never too early to ask for help. And it’s also nothing to be ashamed of. But you may not know where to start. A great first resource that many adoptive families may not think of, Abbie says, is their homestudy social worker.

Throughout the homestudy process, your social worker will come to know your family well. It can be hard to switch gears and approach your social worker about challenges you’re facing once your child is home. “But,” Abbie says, “you can reach out to them and say, ‘Hey, it’s not going the way I thought it would go — what do I do?’” Chances are they will have great insight into your family and can give you some good advice and tools. If your social worker sees that you’re running up against the same problems again and again, the next step may be adoption-competent therapy for your child and family.

Give it Some Time

Some parents are taken back that they didn’t experience “love at first sight” with their older adopted child. Others feel like they are babysitting someone else’s child who never seems to go home. But don’t worry. “That’s a very common reaction,” Abbie says. In the case of an older child, biology is simply not in your favor as there isn’t the same dependency that facilitates an immediate bond with an infant. Many adoptive parents report that it simply takes time to feel that deep parent-child connection.

One great way to work on developing this special bond is to simply play together! No matter how old your child is, find something they enjoy doing, get down on their level and have fun together.

The transition home with an older child can bring some unique challenges, but with some tools and a little preparation, there’s a lot parents can do to show love and support to their child throughout the process — making it as smooth as possible.